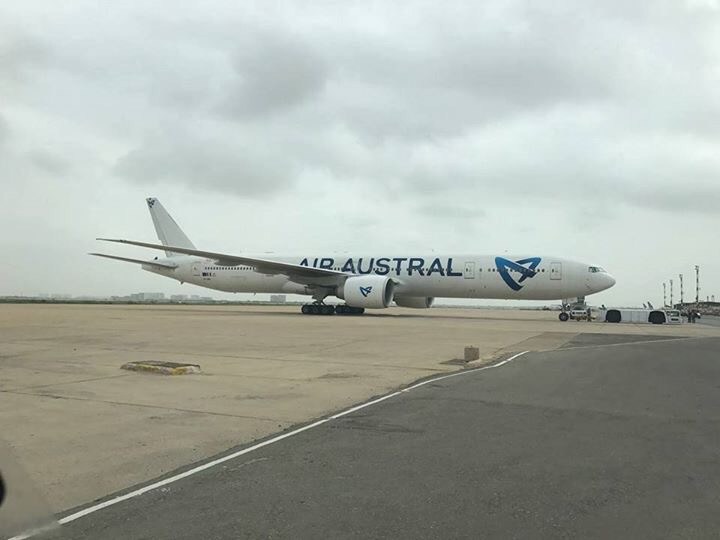 After cutting various flights, streamlining routes and messing up loyal passengers flights PIA finally got two planes today. It is important to mention the wide body arriving today was supposed to arrive last year. But after various botched tenders, leasing attempts and annoying several companies PIA did get the planes.

Well from PIA’s dismal standard that’s quite an achievement as it would not be PIA way of doing things if the costs are double or even triple.

Boeing 777s are truly the backbone of PIA’s international flight operations. The Boeing 777 that was added today will be the 12th of Boeing 777 family member in PIA’s present fleet, whereas it is the 4th Boeing 777-300ER. It arrived this morning as delivery flight PK 8770 with registration AP-BMS from the little known French city of Tarbes. It was previously operated by Air Austral with French registration F-OYSD.

The plane’s MSN is 35872 while it’s line number is 778. It is 8 years and 3 months old and configured in 3 class layout. It has 18 seats in business class, 40 in premium economy and 384 seats in economy. It will be interesting to see how PIA will configure it.

This aircraft was initially delivered to Air Austral on 29th April 2009 and is owned by Macquarie AirFinance. It remained with Air Austral for 8 years, where it also served for few months with Garuda Indonesia.

On the other hand the wet leased Vietjet Airbus A320 as VJ 9891 from Ho Chi Minh City, Vietnam. This plane was initially delivered to Wataniya Airways of Kuwait back in January 2009, registered as 9K-EEA. After serving it’s first lessor for 2.5 years, it joined Vietjet bearing registration VN-A666 in November 2011. Vietjet used this plane for a little more than 5 and a half years, and then decided to lease it out to PIA along with 3 more A320s that will be arriving in the next few days.